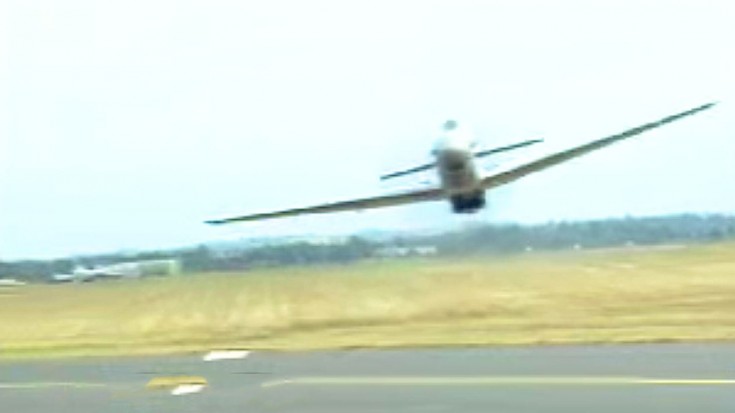 This Is Either A Very Good, Confident Pilot, Or Neither

The P-51 Mustangs are legendary fighter and fighter-bomber warbirds used during World War II, but nowadays some of them are used for air racing. In that spirit, pilots sometimes do things they aren’t supposed to, as it this case. This doesn’t mean that it isn’t great to watch, however. As you’ll see here, a very skilled P-51 pilot comes within what seems like inches of the camera man, probably giving him quite the rush. Surprisingly though, the cameraman had nerves of steel as well. Hesitating just for a second, he remained on his feet without hitting the ground.

A skilled P-51 Mustang pilot buzzes right over the cameraman’s head, who surprisingly stands his ground!

Racing Mustangs are known as the P-51Rs, but in historical aviation circles, that’s not an official designation nor any sort of variant. They are, however, much loved by air racers. Because of their sleek airframe and wing design, they are highly modified to go even faster than they already do. Originally topping out at 437 mph, some racing Mustangs have an average speed of over 500 mph!