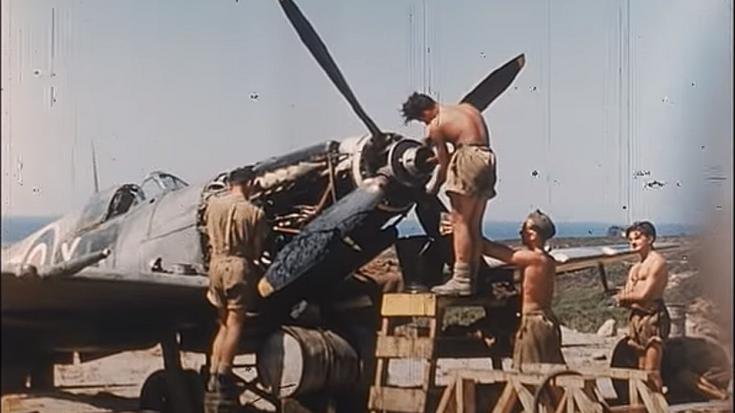 Best Job In The World

William Wyler had a field day recording stock footage of World War 2 planes in 1944. The footage features iconic planes such as the Spitfire and the Mustang.

In one clip, we see a P-51C with two nose art names, “Rome Gnome” and “Weenie Merchant 2”. The pilot of this P-51 was captured during his 100th mission and became a prisoner of war on Christmas of 1944.

Meanwhile, the Spitfire featured in the video was based on the island of Corsica. While on the island, Wyler filmed the Spitfire MJ730, hoping to use the footage for his upcoming film, “Memphis Belle,” and “Thunderbolt,” released three years later.

At the end of the video, we even see the armorers doing their work under the heat of the sun!