Comic Book Legend Stan Lee Dies At 95, Had An Interesting Role During WWII 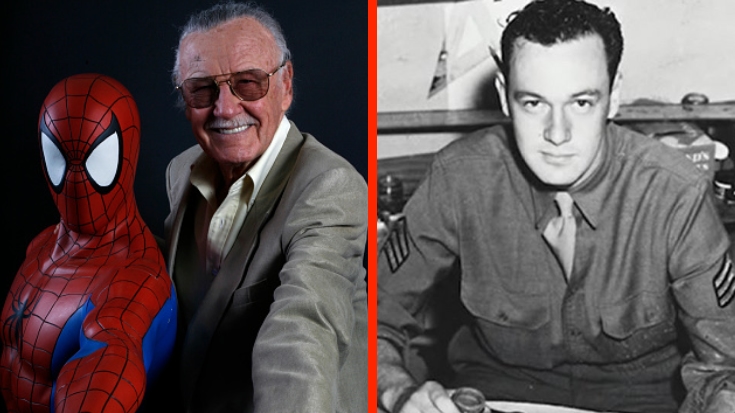 Comic book legend Stan Lee has passed away at the age of 95. He is best known for co-creating and writing stories about many of the world’s most memorable superhero characters at Marvel Comics including Spider-Man, the Hulk and the X-Men. However, when the United States was thrust into World War II, Stan Lee stepped away from his typewriter for an interesting role in the US Army.

Stanley Martin Lieber was born on Dec. 28, 1922, as the son of Romanian immigrants. In 1939, a 17-year-old Stanley was offered a job as a gofer at Timely Comics, by his uncle Martin Goodman. Two years later, he was offered a chance to write a story in pages of Captain America #3. Young Stanley still had aspirations of writing a novel someday and did not want his reputation tarnished by writing comics which were still considered childish at the time. So Stanley Lieber credited himself with the pen name Stan Lee and it has stuck around ever since.

Not long into his new comic book writing endeavor, the United States joined World War II and so did Stan. He was part of the US Army Signal Corps, writing training manuals as well as instruction guides. Stan Lee wasn’t the only comic book guru in the US Army as the time, Will Eisner creator of The Spirit and Theodore “Dr. Suess” Geisel also provided resource material for the troops.

Comic book creator @TheRealStanLee has passed away at the age of 95. Lee served in the #USArmy Signal Corps during WWII from 1942-1945. We are deeply grateful for his service to our country and for his tremendous support to servicemembers. #Excelsior! pic.twitter.com/P9tdwoxxx2

Following the end of World War II, Stan Lee returned to New York City and resumed writing comics. In the early 1960s at Marvel Comics (formerly Timely Comics), Stan along with artist Jack Kirby co-created the Fantastic Four, a group of superhero adventurers that readers found to be more relatable. The success of this comic led Stan to more creative collaborations with Jack Kirby including, the Hulk, Thor, The X-Men and the return of Captain America in the pages of the Avengers.

Stan was known for writing snappy dialogue and intriguing plots. Although there have been some controversies over the years about Stan Lee’s writing. Many comic book historians insisting the artists deserve more credit for writing beyond art, which may have led to ending his collaboration with Jack Kirby and Spider-Man co-creator Steve Ditko.

“I think we had a wonderful relationship. Their talent was incredible. But the things they wanted weren’t in my power to give them.”

– Stan Lee on working with Jack Kirby and Steve Ditko

In 1972 Stan Lee was promoted to Chairman of Marvel Comics and soon took off as the most iconic public figure in comics. He spent decades spearheading the growth of comic books, speaking at college campuses, appearing at conventions and making cameos in films based on characters he had formerly written.

Stan Lee’s stories and superhero characters inspired countless people and went on to become some of the most recognizable figures on Earth. Stan passed away yesterday but his legacy will endure for generations to come.