How Did The Last Surviving British Battleship End Up In Japan? 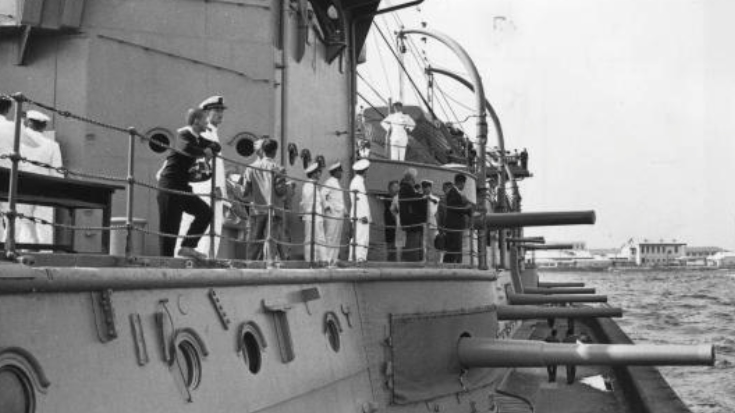 For over a century the Royal Navy was touted as the finest in the world. Constant innovations in technology, strict training of crews and weaponry put the British Navy ahead of its competition. Sadly, the methods of the Royal Navy don’t call for preservation and only one of their battleships exists and it is located in Japan.

In the late 1890s, Japan was transitioning from a small isolated nation into a more industrialized state. Japan knew that along with industrialization their military must evolve as well. Japan took inspiration from the Royal Navy, which was setting the standard for warfare at sea. The Imperial Japanese Navy copied the Royal Navy’s presentation down to the uniforms of their sailors.

The Imperial Japanese Navy lacked the capability to construct advanced warships of their own, so they instead purchased one from Great Britain. In 1902, the IJN was presented with the Mikasa which served as the flagship of Admiral Tōgō Heihachirō.

The Mikasa took part in the Russo-Japan War of 1904-1905 which resulted in the first Japanese victory over a European nation. This victory was not long-lived, six days later one of the Mikasa’s magazines exploded killing 250 crewmen and sinking the battleship. The vessel was raised and restored a year later and equipped with improved guns.

The Mikasa served in World War I and later conflicts in the Russian Civil War. However, due to the Washinton Naval Treaty which restricted the size of the Japanese Navy, the Mikasa was decommissioned. Now the once powerful vessel serves as a museum outside of Yokosuka. Mark Felton Productions takes a closer look at the history of Britain’s only remaining battleship.