Devoted Pilot Reunites With His T-38 After 34 Years 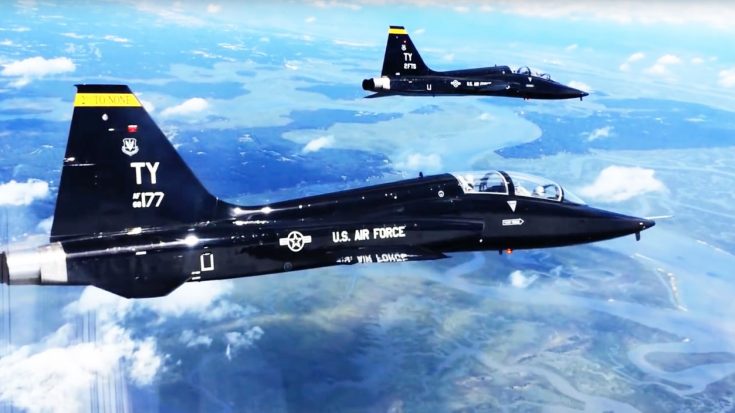 Tyndall Air Force Base has had a deep effect on the lives of many servicemen over the years. Pilots enter the service, fly their aircraft, they commit their time and often they go off to civilian life. But it is hard to forget all the time invested in planes going off on missions. Retired Air Force Lieutenant Colonel Dale Cook never forgot his time in his T-38 and after a long time away, he is reuniting with it.

Lieutenant Colonel Cook spent more time in this T-38 than any other pilot. It has been a lifetime since he last saw Thunderbird #4 nicknamed “The Slot Machine”.

“I flew the airplane approximately 800 hours, in that exact aircraft. And I think that may be the most time that anybody has in that airplane, I’m pretty sure of that. It was so personal to you that you got in another one it felt totally strange.”

It has been 34 years since he last set eyes on the jet that he spent he spent his career as a pilot. Lieutenant Colonel Cook last saw her with the original red, white and blue colors but is now a big fan of the glossy black paint.

“They’re keeping the history; they know what they’ve got. Seeing that plane today in the great condition that it is in makes me very happy. Many times I’ve met people who told me they wanted to be in the Air Force because they saw the Thunderbirds fly.”

It is truly inspirational to see such a devoted pilot reunited with the jet that brought him such joy. The crew at Tyndall Air Force Base captured the heartwarming reunion on film and you can’t help but smile when you see him jump back in the cockpit of his T-38.