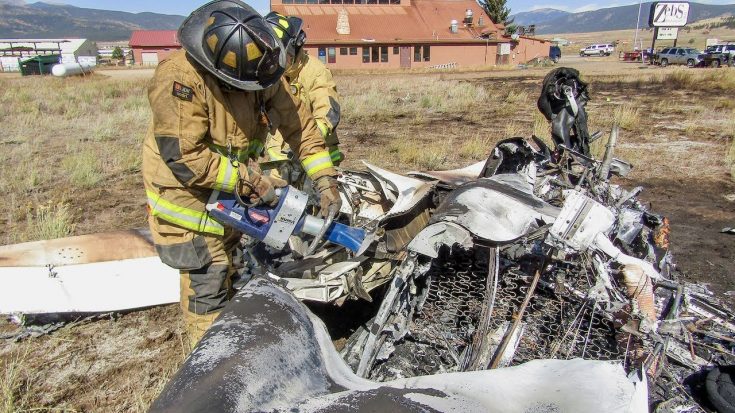 A Piper PA-24 took off from the highly elevated Angel Fire Airport. Friends of the occupants noted that the plane was unstable as soon as it left the runway for Great Bend, Kansas.

According to a witness, she saw the plane “stalling” over the highway. She initially thought the pilot wanted to land using the road.

She watched the plane evade the power lines and make a sharp right turn. It impacted the trees and a building before crashing.

The plane clipped its wing on a roof. It flipped and crashed to the ground as flames engulfed the cockpit. The pilot and his wife did not survive the accident.

The plane’s performance was affected by the high-density altitude and gusting wind conditions. In addition, the pilot’s inexperience with high-altitude flying also contributed to the plane’s inability to maintain altitude during the initial takeoff climb.