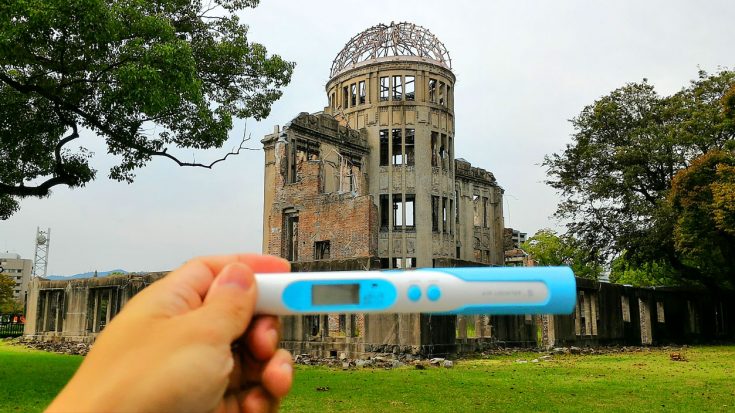 On August 6th, 1945 the world was changed forever when the Enola Gay became the first plane to drop a nuclear weapon against an enemy nation. There is no doubt that the use atomic bomb helped to put an end to World War II, but its dangers remained long after. The city of Hiroshima began to feel the effects of nuclear fallout, but just how much of it is still there?

Many of the top American military leaders opposed the use of the atomic bomb, insisting the war was already won. However, President Truman knew that millions of lives could be lost on both sides if the Allies conducted a land invasion of Japan so he made the call to drop the bomb. Over 70,000 people died from the explosion, vaporized by the blast but many consider them the lucky ones because they were spared the suffering.

In the days following the detonation of the atomic bomb, the survivors began showing symptoms which were called Atomic Plague. We now know this to be radiation sickness which causes the cells in the body to lose the ability to repair themselves. The survivors overwhelmed with radiation began to die slow painful deaths, unable to heal wounds, developing cancers other horrendous effects of the bomb.

So the question remains, how much radiation still lingers in Hiroshima 73 years later? Many researchers have dedicated their lives to the study of this subject and its effects on human life. This video was taken in front of the infamous A-Bomb Dome uses an air counter to measure the radiation still present in the city.