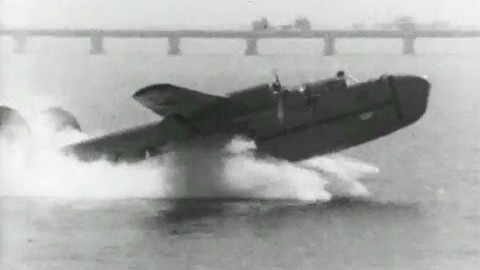 This Ditch Takes A Lot Of Guts!

On September 20, 1944 the Consolidated B-24 Liberator was used by the NASA Langley Researcher for an experimental ditching test. Despite having experienced some damage, it only showed the amazing toughness of this aircraft. This American heavy bomber fell short of its original goal which was to overtake the Boeing B-17 Flying Fortress.

Along with the B-17, the B-24 was the mainstay of the US strategic bombing campaign in the Western European theater. Due to its range, it proved useful in bombing operations in the Pacific, including the bombing of Japan.

There were over 19,000 units built and it also performed the role of anti-submarine warfare and maritime patrol aircraft. And looking at this footage, we can’t help but be amazed at the pilot’s skills. He was so cool he actually combed his hair after he climbed out. That could be part of the emergency procedure. Ha! Anyway, that was a really good landing. Great job!