Expert Pilot Flies Tiger Moth Like Nothing You’ve Ever Seen 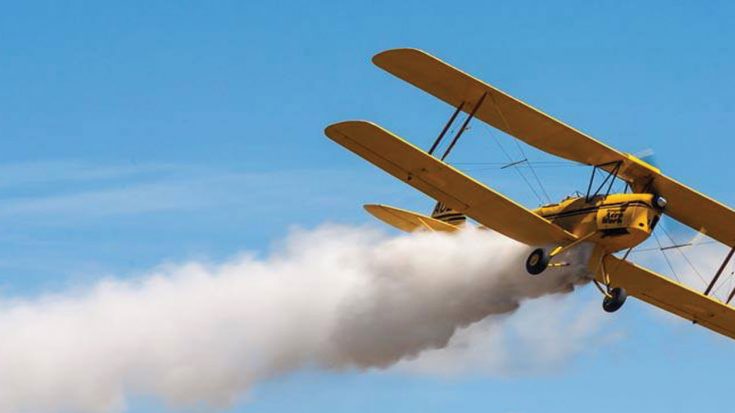 Sure Knows How To Handle Her.

It’s one thing to see a vintage plane in person, it’s another to see it actually fly. Then there’s seeing a vintage aircraft fly in the hands of a ridiculously good pilot and that’s what you’ll get to see here (although just in a video.)

The Tiger Moth is a biplane which was made by deHavilland in the 1930s. Primarily used for training, this plane was in fact used during World War II. Although not a fighter, it was used for maritime surveillance, anti-invasion preparations and in some cases had bombs strapped to them and became tiny bombers.

As they were great for training young pilots for World War II, deHavilland produced almost 10,000 of them between 1931 and 1944. They are quite resilient too. There’s an estimated 250 surviving airworthy Tiger Moths around the world, with many others on static display.

As for this video, you’ll be amazed at how maneuverable it is. Although this type of flying can’t be done by just any pilot, the guy at the controls truly understands how this aircraft feels. Check it out and see for yourself.