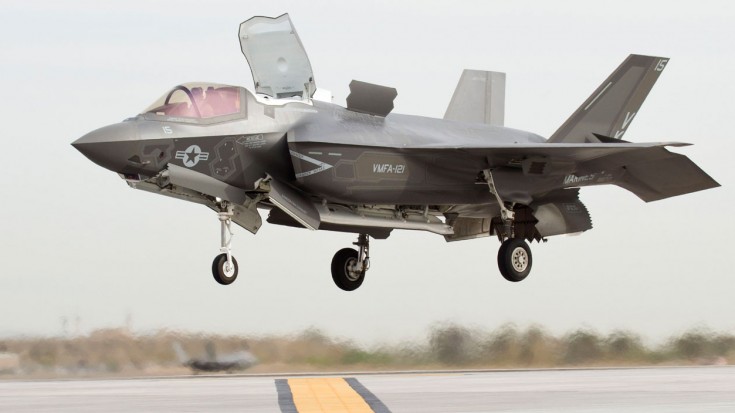 Showoff At The Airshow.

Whether you love it or hate it the F-35 remains the talk of the town and recently one flew into Farnborough, England right on time for their annual airshow. Although this fighter jet has yet to see combat it has come under fire for its trillion dollar development program but despite that controversy the F-35B came to strut its stuff at the Farnborough International Airshow to attract prospective buyers. The F-35B variant showcased its hovering and vertical liftoff capability that makes it suited for the U.S. Marine Corps.

The Lockheed Martin F-35 doesn’t come cheap but it already has committed buyers from nine foreign countries. At Farnborough the F-35B demonstrated great maneuverability as well as speed before slowing to a crawl and hovering in midair for a few minutes. The public airshow will give Pentagon’s favorite new toy some attention to justify the investment but whether or not it will convert others is still up in the air.