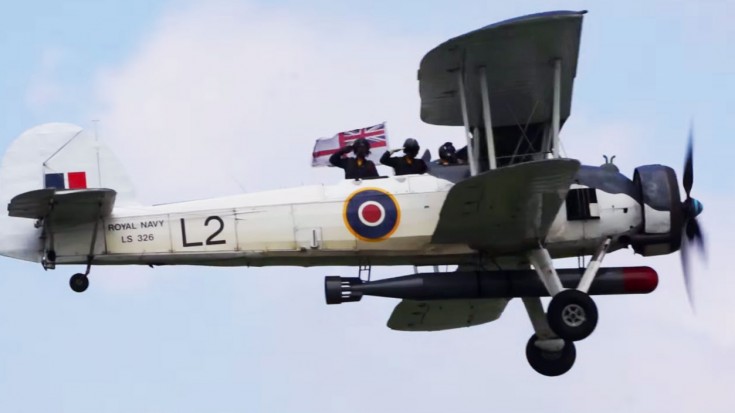 The Swordfish, with its old appearance reminiscent of First World War planes, was an unusual presence in the skies and on the front lines of World War 2. Even though surrounded by fighters and bombers that looked nothing like it with their smoother fuselages, the Swordfish performed well for the RAF and the Royal Navy. The Fairey Swordfish MkII was the most common model, with over one thousand planes being produced.

A biplane able to seat three crew members, the Fairey Swordfish MkII was both a big and a slow aircraft, but it wasn’t fragile. Even though its design was obsolete, the fuselage was built completely out of metal, then covered with fabric. Its military service ended with the Second World War.