Flak Facts Every Warbird Guy Should Know-They Were Extremely Somber 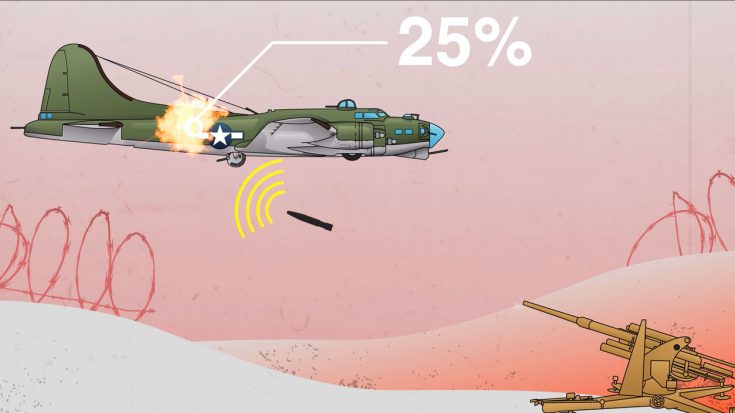 A Clear And Concise Infographic Depicting Hell In The Air.

World War II was the bloodiest conflict in human history. The world as a whole suffered, but since we’re all warbird buffs around here, we focused in on the airmen who gave their lives during the war.

Once the Allies started their round the clock bombing of military targets, Germany had to step up their air defenses. One way they did it was by sending out intercepting fighters, but that was reserved primarily for the leftover bombers which first had to fly through flak. That’s what this video is about.

The word “flak” comes from the German word “flugzeugabwehrkanone” which means “aircraft-defense cannon.”

These “black puffs of smoke” as they were called were shells which exploded near bomber formations. Since they flew in really close to each other, shooting these shrapnel-packed devices could statistically do lots of damage. Whether hitting the plane directly and knocking out an engine or simply maiming or killing a crewmember, the Germans were able to thin out incoming bombers.

We found some official statistics from a “.gov” site which cataloged where and how often bombers of the 8th Air Force were hit. This short video will show you exactly where the most vulnerable positions were and also where crewmen were hit.

CORRECTION: The proximity fuses mentioned in the video were not tested by the Germans until 1944. They were only used by the U.S.