Footage Of The Luftwaffe During The War-In Color & HD 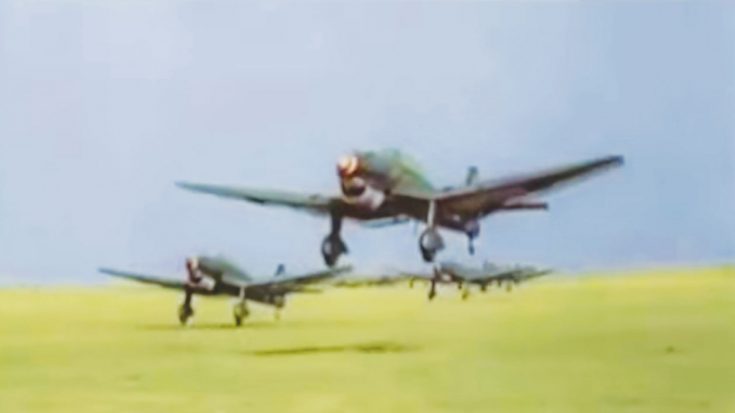 The Germans are known for many things, one of them being an extremely organized culture. It comes with no surprise that they managed to accumulate many videos during their war effort, many of them dealing with their air force called the Luftwaffe.

Now, don’t get us wrong. We’re not glorifying their attempts of taking over the world (we can see how that could be misconstrued.) As aviation fans, we can all agree that their plane designs, tactics and overall air might were quite impressive. We’re not here to discuss politics and what happened, but to feast our eyes of some of the most progressive designs aviation has ever seen up to that point.

This video is quite lengthy clocking in at about 6 minutes, so feel free to skip around. There is definitely plenty to see. From Stukas to Do 17s, this footage shows a lot of scrambles and attacks. Toward the end, you’ll even see some gun camera footage too, including a few attacks on trains transporting goods.

We’d like to put in a quick disclaimer here as well. The video features a few songs which are played over the footage. The reason for that is the film lacked audio. We know. We’d rather hear the engines and flight too but it is what it is.

We personally feel that the music selected works pretty well with the footage. Hope you guys enjoy it to.