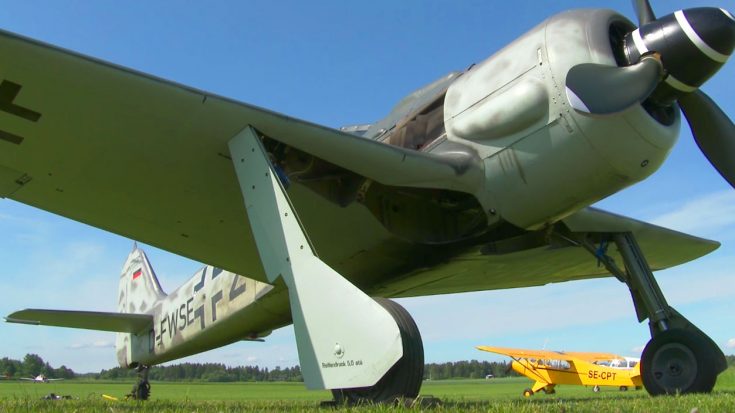 It has been called Kurt Tank’s crowning achievement and the backbone of the German Luftwaffe, the Focke-Wulf Fw 190. During WWII well over 20,000 Focke-Wulf Fw-190s soared the skies above Europe, terrorizing the Allied Forces. Today less than 30 Fw-190s remain and only seven of them are able to fly, so seeing one in the skies is quite a treat.

Huge crowds gathered to witness this Fw-190 make its first flight with its new owner Klaus Plasa. Skå-Edeby Airfield in Sweden was the perfect place to make a flight on a beautiful sunny day. Lucky for us, Jesper Rådegård was in the audience creating a new film. His love for aviation brings a sense of beauty and passion to his films that you can really feel.

Seeing a Fw-190 fly is a one in a million experience, but seeing it fly in a film like this really adds something special. This relic of WWII really puts on a phenomenal show and brings the skies to life. Check out this great film from Jesper Rådegård and see it all for yourself.