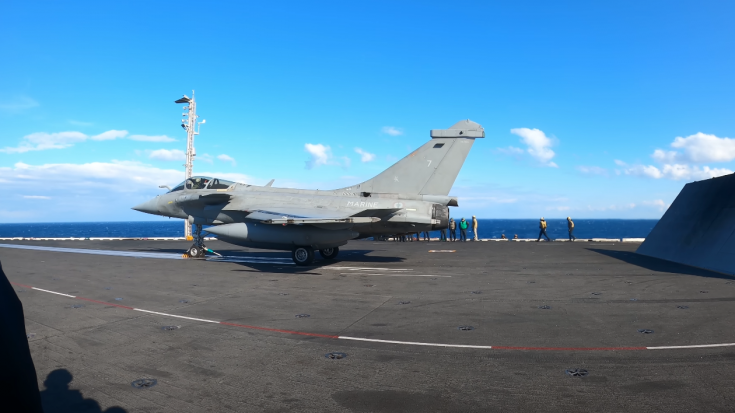 Earlier last year, the US Navy’s Carrier Strike Group 8 and the French Navy’s own CSG coordinated operations in the Mediterranean. These operations involved more than 15 surface ships, submarines, and many aircraft from both sides.

One of them was the French Dassault Rafale, which can be seen landing on the USS Harry S. Truman in the video. The jet fighter flew over the nuclear-powered carrier before circling back to land on the deck.

It seemed like the aircraft was about to take off but the video was cut short. Luckily, the video owner uploaded part two – now with the full take-off of the Rafale.

Exercises like these underline the interoperability of the two allied navies while strengthening their joint combat capabilities. It’s a win-win for everyone!