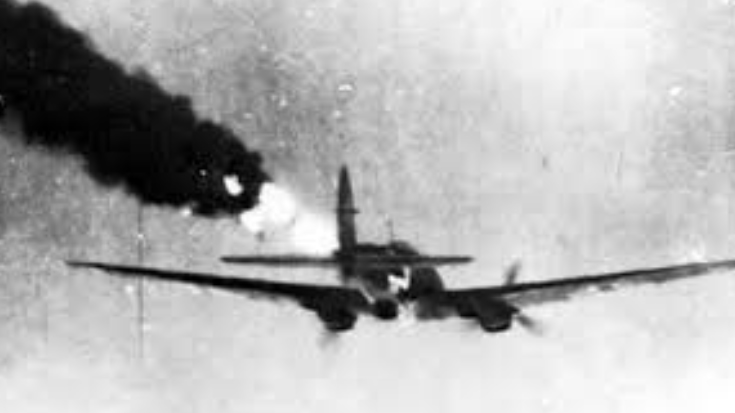 In the final days of World War II, Nazi Germany was known for their more unusual methods of fighting back the Allies. But not all of their weirdest ideas came in the late war they had a few early on. Among those ideas was the choice to arm Luftwaffe planes with flamethrowers.

More commonly known as the “Flammenwerfer Gero”, this flamethrower was mainly utilized as a defensive weapon for German bombers. The idea was to deploy a massive fireball against fighters tailing the bombers and blind them with smoke as a secondary defense. The Fw 190 was a versatile fighter and equipped with a flamethrower to be used for ground attacks.

Flamethrowers seemed a like a good idea in theory, but the execution proved a little on the problematic side. Bombers using flamethrower-based weapons discovered that unless a hostile plane was right behind them, it was completely ineffective. Fighter planes using flamethrowers for ground attacks had to be very close to the ground or else they wouldn’t reach the target.

Ultimately flamethrowers were more trouble than they were worth. The fuel tanks added extra weight and created more target area on the plane which could lead to an explosion. This video shows a few more details about flamethrowers and some other WWII plane ideas that didn’t work out for the best.