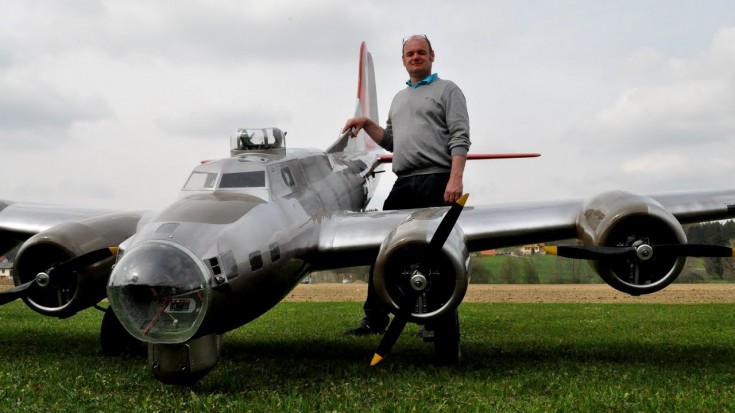 Even An RC Version Of The B-17 Is Hard To Take Down.

One of the most famed heavy bombers of World War II was the B-17 Flying Fortress. Its reputation was well known among the Axis as the B-17 was difficult to shoot down and dropped massive amounts of bombs on enemy targets.

In the spirit of this great plane, some Austrian hobbyists built a remote control B-17 and it’s absolutely awesome! The 1:5.6 scale model is fully operational as you’ll see in the video, and when assembled its wingspan stretches over 19 ft.!

Here are some other great specs:

The designers of this RC took great care in crafting every detail to get the most authentic look for their model. What makes this even better is the fact that upon approach to landing, one of the engines fails and the pilot still lands it flawlessly. Even as an RC airplane, the B-17 is hard to take down!