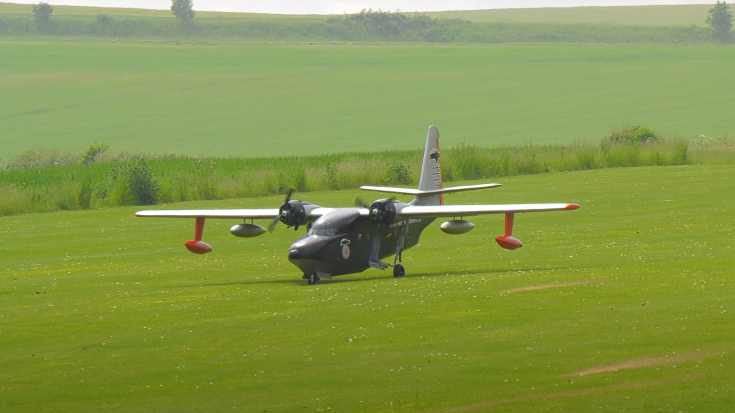 It’s quite hard to make a flying boat look as good as John Greenfield did with his HU-16 Albatross.

This remote-controlled aircraft was built by John himself and was painted similarly to the one seen in “The Expendables” movie. His project came about when he found a fiberglass fuselage and some parts originally intended for a film in the 70s.

All in all, the RC model took a year to build and another to engineer its retractable landing gear. For power, the 93lb aircraft uses its twin Zenoah G-62 gas engines and three-bladed Beila propellers.

In the video, we can finally see the culmination of John’s work as his HU-16 Albatross makes its public debut during the North London Model Flying Clubs Scale Day in 2019.

You don’t want to miss this. Check it out below!