Why The Luftwaffe Purposely Bombed Britain’s Most Beautiful Cities 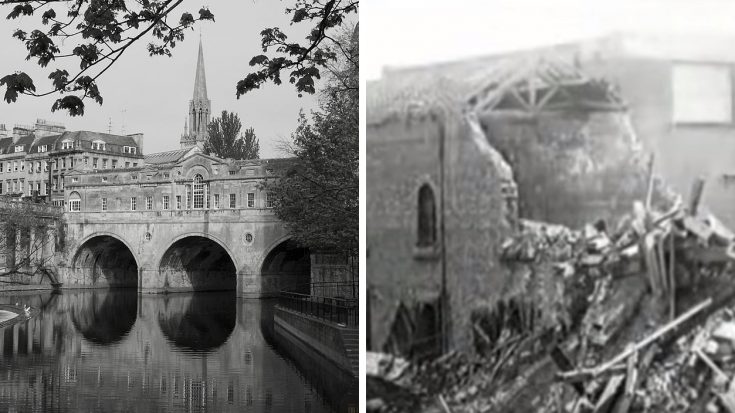 Civilians Were Not Safe

“Cultural centres, health resorts and civilian centres must be attacked …There is no other way of bringing the English to their senses. They belong to a class of human beings with whom you can only talk after you have first knocked out their teeth.” Joseph Goebbels

On February 14, 1942, the RAF was issued the Area Bombing Directive which authorized the targeting of civilian areas. The way bombings were carried out was about tho change for good.

The Bombing Of Lubeck

On March 28, the RAF flew 234 Wellington and Stirling bombers over the historic centre of Lubeck, Germany and  dropped 400 tons of bombs in three waves of attacks. The attacks killed 301, injured 783, and left 15,000 homeless. But most of all, the attack shocked and angered Germany.

Germany was livid. They decided to retaliate. But the goal? Rather than strategize to take out military targets, Germany wanted to break Britain’s spirit. They would find the prettiest, most cherished historic cities and level them to the ground.

“We shall go out and bomb every building in Britain marked with three stars in the Baedeker guide.” – Baron Gustav von Sturm, Nazi propagandist

#OnThisDay 1942. The so-called `Baedeker Raids’ begin. The Germans sought to bomb British towns and cities with a three-star rating in the Baedeker Guide Books.

Exeter was the first city to be targeted.#Exeter #Devon #SWW #WW2 pic.twitter.com/tvjvvZjJKm

Where does one look to find a country’s best travel destinations? A guidebook, of course. The Baebaedekerdeker Guide became a Luftwaffe bombing guide, and the brutal raids of terror that followed would become known as the Baedeker Raids.

Today, I obtained two original #WW2 Luftwaffe target maps/charts. This one is an aerial reconnaissance photo of #Exeter with areas to be bombed in red. The cathedral city was the first target of the infamous Baedeker raids. pic.twitter.com/esRvDRW0gv

The raids began in Exeter on April 23, 1942. The city of Bath with its Roman remains and Georgian terraces was next, followed by Norwich, York, Cowes, Hull, Poole, Grimsby, and Canterbury. In addition to being bombed, civilians were also strafed when possible.

Across the raids, 1,637 civilians were killed, 1,760 injured, and 50,000 homes were destroyed. However, most cultural landmarks escaped and the German bombers experienced heavier losses and were not very effective. In fact, they did more to weaken the Luftwaffe than break Britain’s spirit.