If You Love The B-17 Flying Fortresses, You’ll Love This 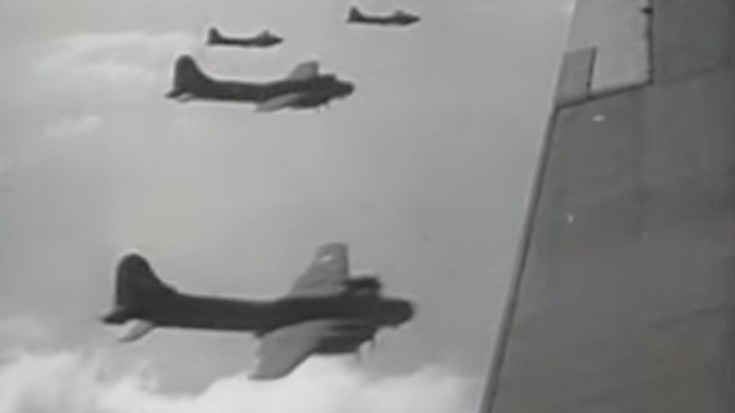 This restored vintage footage gives a great overview of the B-17 Flying Fortress and some of the missions they’ve accomplished. As the narrator explains, the Flying Fortresses were the pioneer four engined bombers in the U.S. With steamrolled construction, they were quite advanced since their inception in 1935. They also had piped through oxygen for the crews and had enough firepower at all angles to defend themselves. Critics he continued, did not believe that the B-17s could raid European targets however, but the video shows a briefing before a successful raid and continues on to fantastic combat footage to prove them wrong.

Ten men to a ship. The combat team. Ten men blending together like a good jazz band.- Documentary Commentator

Of course, taken in perspective today, this was a morale boosting video for the Untied States. As we know today, the B-17 were one of the best bombers of World War II, but it did come with a cost. Without escorts such as the P-51 Mustangs, the only solid defense the Fortresses had were their guns while flying in tight formations. By themselves, they were quite vulnerable and a lot of them were shot down as they flew into some of the worst enemy territories. As the narrator points out however, it is a well known fact today that they could take a beating and still bring their crews back home.