A Deeper Look At The Elusive Air Force Two 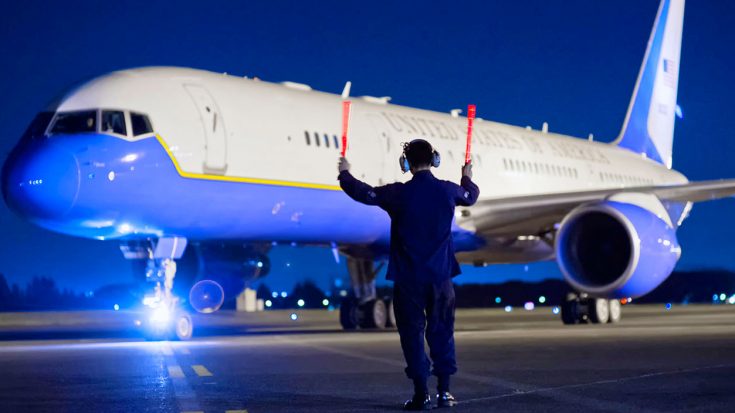 Air Force One is the designation given to any winged plane that the President is currently flying on. There are two jets usually given this title, a pair of highly-modified Boeing 747-200Bs for use of the President. But the Presidential cabinet has another backup plane that doesn’t get a lot of attention, Air Force Two.

Air Force Two is the plane currently holding the Vice President, First Lady or other important members of congress. This call sign is usually associated with the Boeing C-32, a highly modified Boeing 757 that entered service in 1998. Much like Air Force One this jet is equipped with high-grade defenses, an advanced communications room, a conference area and seating for up to 32 passengers.

“Inside the C-32, communications are paramount. The vice president, heads of state and other decision-makers can conduct business anywhere around the world using improved telephones, satellites, television monitors, facsimiles and copy machines. The C-32 has state-of-the-art avionics equipment.”

It is a superb plane that provides safe and efficient travel to the first family as well as the Vice President’s staff. Check out the elusive Air Force Two in action as in this video clip.