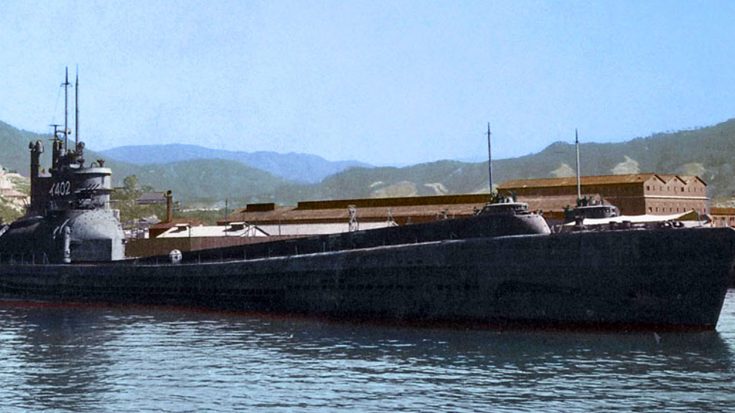 Following the surrender of Imperial Japan, American forces seized many leftover pieces of Japanese military technology. One of the most standout weapons of war that they discovered in the Japanese arsenal was the I-400-class submarine. However, the United States made the decision to immediately sink these vessels and they had a pretty good reason for it.

The I-400 Sentoku was easily the most advanced submarine the world had seen at the time, even the most experienced American naval operators were impressed by it. The power of this submarine came not only from its size but also its ability to function as an aircraft carrier holding three Aichi M6A Seiran floatplanes. They could also travel anywhere in the world and still have enough fuel reserves to return home as well as launch stealthy torpedo attacks. The I-400 was far more advanced than any sub the world would see for the next 20 years, so why did the Americans destroy it?

“Some 60% larger than the largest contemporary American submarine, USS Argonaut, they had more than twice her range.  The most unusual feature was that they each carried three floatplane bombers (and parts for a fourth), a feat never achieved by any other class of submarine.  These aircraft folded to fit into the 115-foot cylindrical hangar, which was slightly offset to starboard and opened forward to access the catapult.”

The United States knew full well they would have to share the spoils of their victory over Japan with the Soviet Union. After learning that the Soviets would be sending an inspection team to survey the I-400 teams the American’s took measures to prevent them obtaining this information. So Operation Road’s End was enacted by filling the submarines with explosives and intentionally sinking them.

In the end, the Americans decided it was safer to prevent a possible enemy from obtaining information rather than using it to push ahead their own military agenda. The film of the rare submarine’s destruction can be viewed in this clip with commentary from military historians.