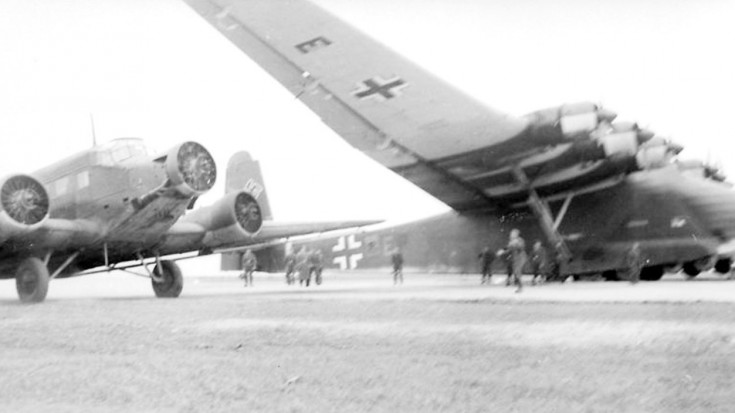 This Plane Was Seriously Massive For It’s Time!

In order to carry out an effective invasion of England, the Germans were in need of a transport vehicle in order to get all of their equipment across the English Channel. Although that never happened, the need still existed.

Messerschmitt initially developed the Me 321 which was essentially the same plane but a glider. In need of something faster and able to carry more load, engineers strengthened all the crucial parts of the gliders and added six engines to the wings. This was the birth of the Me 323.

Here’s a general overview of this behemoth:

With a wingspan 40 feet wider than the B-29 Superfortress, this was the largest aircraft in the world at the time of its service. They were first officially used in September 1942 when they flew to the Mediterranean theater to be used for transport. The following year however, their effectiveness was truly tested.

Although equipped with multiple machine guns, they needed to be escorted as they were no match for air superiority fighters which were much faster and more agile. On April 22nd, 1943, 27 Me 323s were escorted by Bf 109s. Intercepted by seven squadrons of Spitfires and Warhawks,  all but six of these transport giants were shot down.

The Germans produced 198 Me 323s over two years, but non survive today.