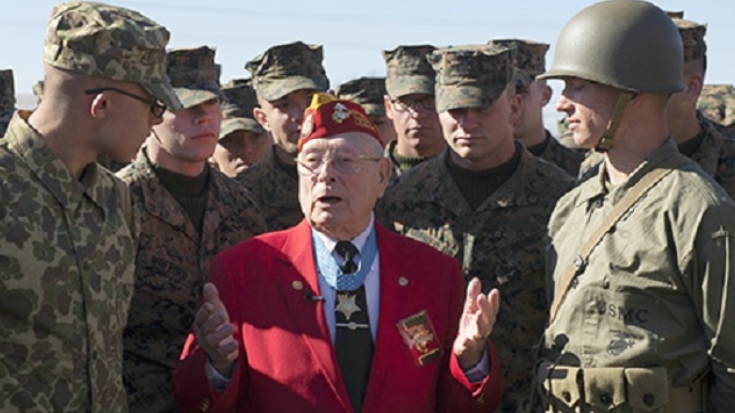 During WWII, 82 Marines were granted the Medal of Honor for their bravery in the field of battle. Today only one of those men is still with us, Herschel “Woody” Williams. At age 95, he has lived a long, influential life, but he still remembers the story that made him a legend.

Herschel Williams was inspired to join the United States Marine Corps after seeing their uniforms. He received training as a marine in 1943 with a focus on demolition and operating flamethrowers. As WWII progressed, Williams made his way around the Pacific Theater of War traveling from islands such as Guadalcanal and Guam to combat the forces of Imperial Japan. But he would soon encounter the greatest challenge of his life on Iwo Jima.

Arguably the most iconic moment of the Pacific Theater of War was the flag raising at Iwo Jima. While those Marines were erecting a flag, Woody Williams was still on the ground waging an assault against the Imperial Japanese forces of Iwo Jima.

The conflict on Iwo Jima was expected to only last three days before an American victory. However, the Imperial Japanese forces put up a ferocious resistance and American casualties were much higher than anticipated. The Marines couldn’t get past a defense of Japanese pillboxes. A superior officer ordered William to get in past enemy lines and take them out with a flamethrower. 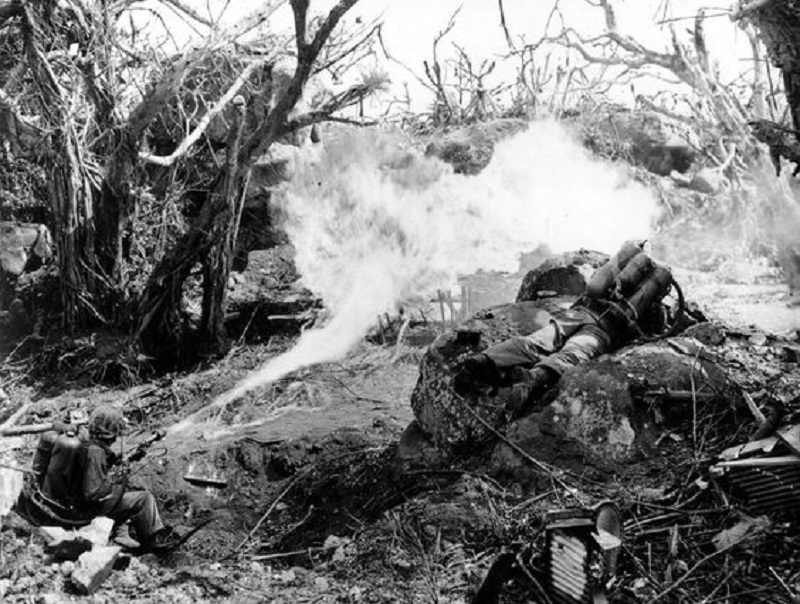 Four other Marines provided cover fire for Williams as the snuck into position and set the pillboxes ablaze. He managed to take out seven Japanese pillboxes allowing the marines to advance. Sadly two of the marines covering Woody were killed by enemy fire while covering him.

After a month of fighting which claimed the lives of over 6,000 American lives, Iwo Jima had been taken. Following the surrender of Imperial Japan, Williams was sent to Washington DC where he was presented with the Medal of Honor by President Truman.

“Unyielding determination and extraordinary heroism in the face of ruthless enemy resistance were directly instrumental in neutralizing one of the most fanatically defended Japanese strong points encountered by his regiment and aided in enabling his company to reach its objective.”

At age 95, Herschel Williams is still active as an advocate of the United States Marines and openly discusses his experiences in World War II. After all these years, he never forgets the most important part about his heroism.

“When I received the medal, I became a public figure representing not myself, but representing them. From that day on, my life took on a completely new path that I never dreamed I would be on.”

This video features a great interview with Williams about the fateful day that made him a legend.