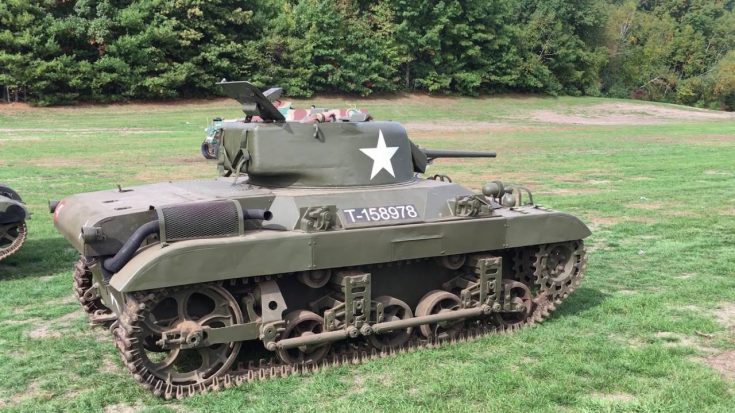 Crews working for the Collings Foundation demonstrated how a small squadron of light tanks operated on the battlefield. Around twenty men in uniform performed their routine as the spectators watched in awe.

The crew used an M22 Locust as one of their main tanks. Locusts are light tanks used during WWII for airborne operations.

These 7.4-ton vehicles could be transported via a glider to support troops in combat with their 37mm M6 and M1919A4 machine gun carrying two thousand rounds. Moreover, the light tank could reach 40mph thanks to its Lycoming 6-cylinder engine giving it a power-to-weight ratio of 25.81hp/ton.

Aside from this video, the Collings Foundation also did one involving an Airfield Battle, which you can watch by clicking on this link.