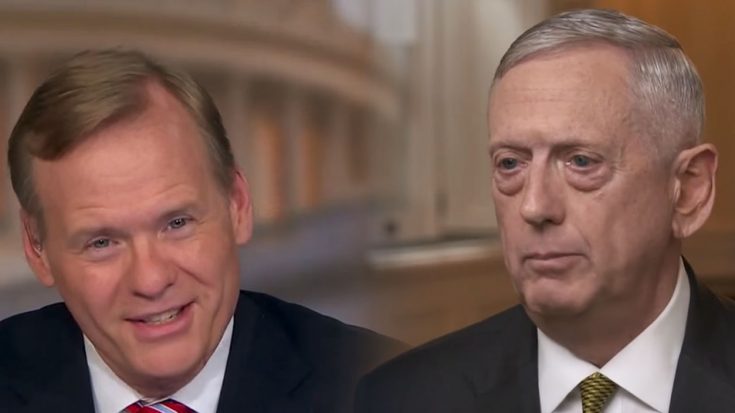 Say what you want about…anyone really, but there seems to be a solid consensus regarding General Mattis. He’s a “man’s man” and you shouldn’t mess with him or people under him. This interview proves it.

Mattis, a career Marine, has accolades that could go on forever when it comes to war, but as of now, he’s in the public spotlight. He is, after all, the United States Secretary of Defense.

Here are some of Mattis’ nicknames:

Mattis is no stranger to giving interviews and blowing people away (with his words or otherwise.) There are countless articles online about his quotes because there are really that many. He’s a master of war and both his intellect and experience make him a quotable person.

Well, here’s another one that’ll stay in your mind forever.

We’re not trying to blow this out of proportion though. It’s only a 10-second clip from his interview with CBS‘s John Dickerson, but the eight-word response to what could be considered a tough question that could have had a drawn out answer is priceless.