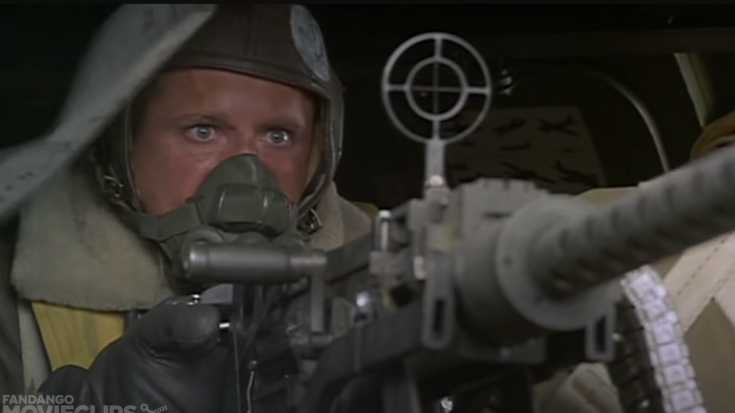 This scene alone makes watching this movie so worth it. The missions seen in the film are supposedly representative of what the average B-17 bomber crew experienced.

Stuka sirens can be heard in this scene quite well. These sirens were used even before WWII to scare the opposition and lower morale. It makes sense that it is used in hit-and-run attacks like in this scene.

It captures the frantic emotions and actions that crew members would have quite well. Hearing the sound of the sirens as faster warbirds emerge from the clouds must have brought such intense feelings to B-17 crews. Fortunately, these were easily taken care of by B-17s in the actual war.