Merle Hancock: A B-17 Turret Gunner’s Account Of Being Shot Down 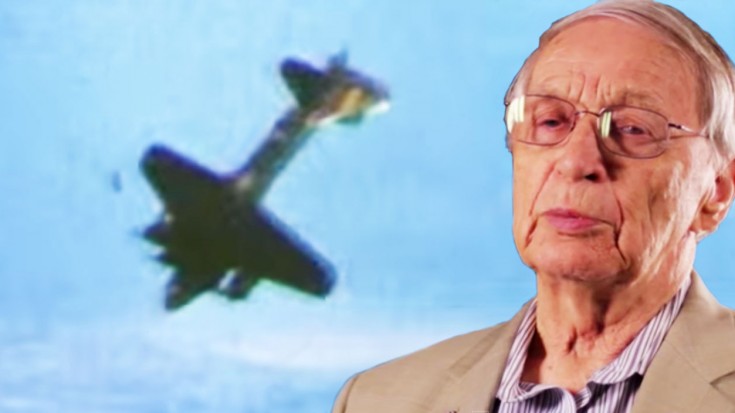 Sergeant Merle Hancock was 18 when he enlisted in the Army and served as a gunner on one of the best machines of World War II, the B-17 Flying Fortress. He flew 37 successful missions during his service, but his last one was not so fortunate. He and his squadron of 26 bombers went on a mission to bomb enemy airfields, but were intercepted by 200 Bf 109s!

You throw enough lead at him they explode and go by the wayside. I shot down three and the tail gunner got credited for shooting down one. That’s four to an aircraft…that’s a pretty good record.

While fighting for their lives, Hancock managed to shoot down 3 enemy attackers, but his B-17, named ‘Bunky,’ was being shot to bits and the pilot ordered the surviving crew to bail out of the plane. Sergeant Merle Hancock remembers vividly that jumping out at 20,000 feet leaves you with little air to breathe with. As the crew bailed out over enemy territory, they knew that a majority of their squadron was destroyed. Out of the 26 B-17 sent out for that mission, only 12 returned. Now, after 70 years, he’s receiving a Silver Star for his extraordinary service!

This was just the beginning of Merle’s horrific story however. More on that soon…