Messerschmitt Bf 109G: The Most Produced Model By Nazi Germany 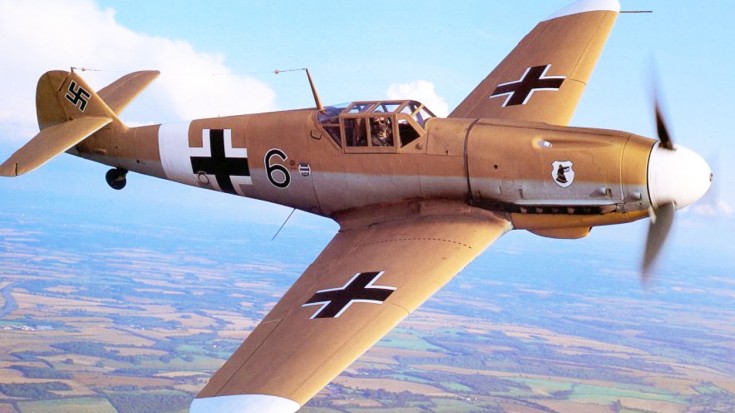 More Than A Third Of All 109s Were The G Series

The Messerschmitt Bf 109 was one of the most widely produced fighter planes by Nazi Germany during World War II. Almost 34,000 of them were produced during the course of the war and were used by the Nazi, Hungarian, Spanish and Romanian air forces. Designed by Willy Messerschmitt and Robert Lusser during the 1930s, it was one of the most modern fighters to enter the war scene. Featuring a closed canopy and retractable gear, it had many advantages over other fighters before the advent of more modern Allied planes slightly later in the war.

The Bf 109s were the most widely used fighters by the Axis, serving as bomber escorts, fighter-bombers and ground-attack aircraft.

To further improve on the already successful plane, the Bf 109G was introduced in March of 1943. It featured a reinforced wing structure, bulletproof windscreen and general reinforcements to the entire airframe. Along with a few other adjustments, the idea behind the G variant was to make it more adaptable to different tasks, making it a more versatile plane overall. Later on, some Bf 109s got even higher upgrades, such as the GM-1, which received nitrous oxide injection boosts and pressurized cockpits.