Messerschmitt Me 323 – The Largest Land Based Transport Aircraft of WWII 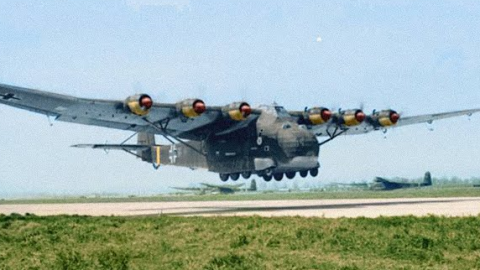 The Messerschmitt Me 323 Gigant was a massive transport aircraft that served the German military during World War II. 213 were made and 15 of these were converted from the Me 321. Even with so many planes during the war, the Me 323 still stood out.

The Me 323 resulted from the need for a large assault glider that would serve in the projected invasion of Great Britain called the Operation Sea Lion. The German Luftwaffe required an aircraft which could transport vehicles and other heavy equipment. Operation Sea Lion was postponed indefinitely and ended up being canceled altogether. But they still needed the warbird for the Operation Barbarossa.