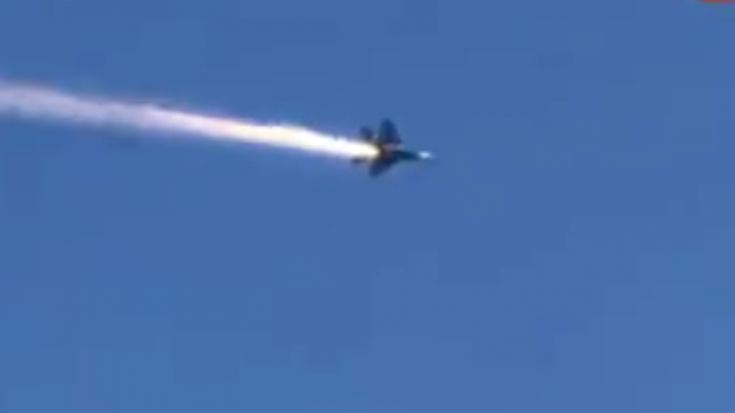 A MiG 29K fighter aircraft crashed soon after take-off during a training mission in South Goa Dabolim recently. Spectators on the ground were able to capture the moment in 2 separate videos and posted them to the site Liveleak.com.

In the video below, you can see the 2 pilots eject out of the burning jet. The pilots did in fact eject safely from the aircraft after its engine caught fire, the Indian Navy reported. It is not known the exact reason why the aircraft went up in flames.