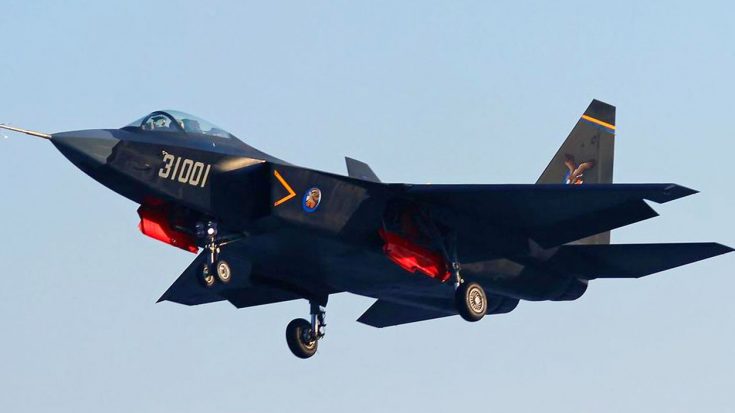 The development of stealth fighters has been the point of discussion among many nations as the possibility of war looms. While the production of stealth fighters remains difficult, the purchase of them is much easier, albeit costly. The United States has several nations lined up to purchase their F-35 fighters when it is deemed combat-ready and Russia has also made arrangements to sell their T-50 stealth fighter to India. The other contender in the stealth fighter game is China, who has announced they have found a buyer for their J-31 fighter, the nation of Pakistan.

Reports indicate that Pakistan plans to purchase between 30 and 40 fighters for their own air force. At present, it seems to be putting the United States at a financial disadvantage as well as a potential conflict.

“For China, Pakistan would give the J-31 a first export customer and would help offset some of its development costs. Developing two low observable fighters at a one time is not a cheap task, and partnering up for the J-31 could allow more funds to be funneled to the more impressive and strategically relevant J-20 program.”

While the United States are not currently at war with Pakistan, they aren’t exactly on the friendliest of terms especially over the use of stealth technology. It was reported that the Pakistani Government gave China access to the stealth helicopter that crashed during the raid on Osama Bin Laden’s compound in 2011. Strange bedfellows with new toys, while the fighter jet has yet to reach completion the deal is moving ahead. What do you think of this deal and the J-31 seen in this clip?