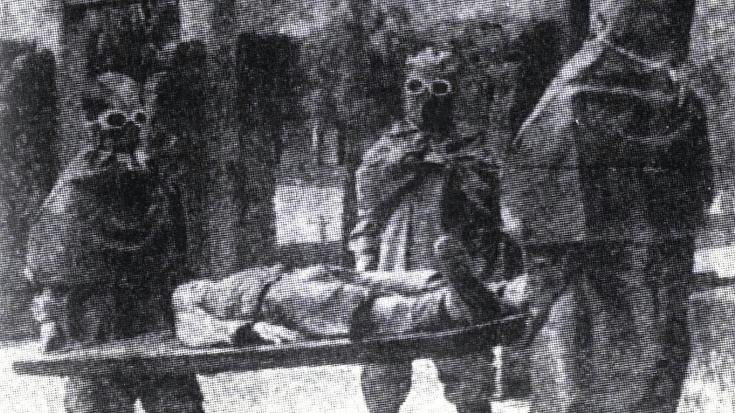 (Photo by Xinhua via Getty Images)

World War II saw some of the worst atrocities ever experienced in human history. Several war criminals held responsible for those terrible acts were put on trial and punished for their cruelty. However, one abomination that went widely ignored by the world and new details are trickling out about Unit 731.

Imperial Japan’s Epidemic Prevention & Water Purification Department [AKA Unit 731] was simply a front a much more sinister agenda. In actuality, Unit 731 was a secret facility used by the Japanese Army for human experimentation. They were responsible for some of WWII’s worst war crimes, forcing Chinese citizens to be test subjects for biological weapons.

“The testimonies indicate that the acts of atrocity against humanity committed by the Japanese invaders are an organized crime and moreover, a state crime.”

Unit 731 director Shiro Iishi was an army doctor who set out to weaponize dozens of diseases. He never prosecuted for war crimes, instead, he was given immunity in exchange for the data he collected.

Declassified evidence shows that the Imperial Japanese Army conducted a biological weapon attack on the city of Quzhou in 1940. As a result, survivors have been afflicted with a disease known as rotten leg disease. It estimated that 50,000 people were killed in the plague and another 300,000 left tormented by sickness.

Many details of Unit 731 are still withheld from the public but key details emerge through investigation. Director Paul Johnson released his new film 731 which shows new details of unknown biological weapons and interviews with survivors.