Why Did Soviet Cosmonauts Brings Guns Into Space? 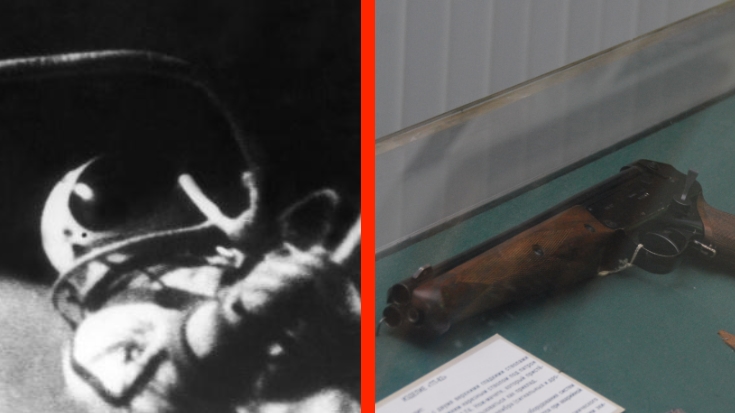 Space, the final frontier, and the last area of conquest for the United States and the Soviet Union. Although both sides were equipped with some of the world’s most advanced technology, the Soviet cosmonauts actually had guns. Allowing cosmonauts to have guns seems a little on the extreme side but these weapons did serve a purpose.

When cosmonauts travel into space, they don’t always know where they are going to come down. Moscow is the ideal location, but more than likely the Siberian tundra is going to be where they land. When Cosmonaut Alexey Leonov landed in the tundra voiced that the wildlife is not exactly friendly and needed protection. His request was approved and cosmonauts were given a gun to bring into space known as the TP-82.

The TP-82 became a standard-issue part of the cosmonaut survival kit and served a variety of functions. Of course, it could be used as a triple barrel shotgun to deter dangerous wildlife. However, it was also housed a removable machete concealed within its buttstock should the need arise.

The TP-82 never saw much use and was retired from cosmonaut survival kids in 2006, replaced with a semi-automatic pistol. This informative video from Simple History shows a look at the story of the TP-82.