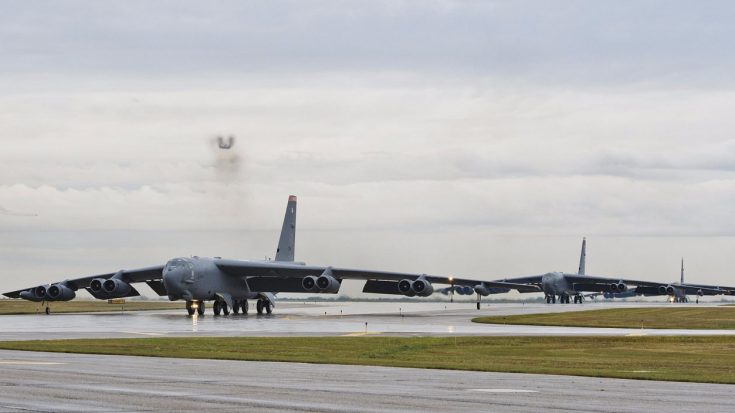 Bringing Out The Big Guns.

North Korea has been stirring up a lot of trouble lately and it doesn’t look like they plan to stop. They recently conducted another nuclear weapons test which raised alarms from neighboring countries. As a response, the United States sent B-1 bombers to fly through a demilitarized zone bordering North Korea. However, these displays did not deter the North Korean Government and went ahead with further nuclear activity.

“They are bluffing that B-1Bs are enough for fighting an all-out nuclear war. The US imperialists keep letting their nuclear strategic bombers fly over South Korea in a bid to seek an opportunity of mounting a preemptive nuclear attack.”

Despite the claims from the North Korean media the United States is not taking this situation lightly. The B-1 bombers were simply the start and now the US Air Force is sending in more B-52 bombers for backup. The bombers are being dispatched to the US Osan Air Base located in the city of Pyeongtaek. Footage of the immense bombers taking flight can be viewed in the following clip.