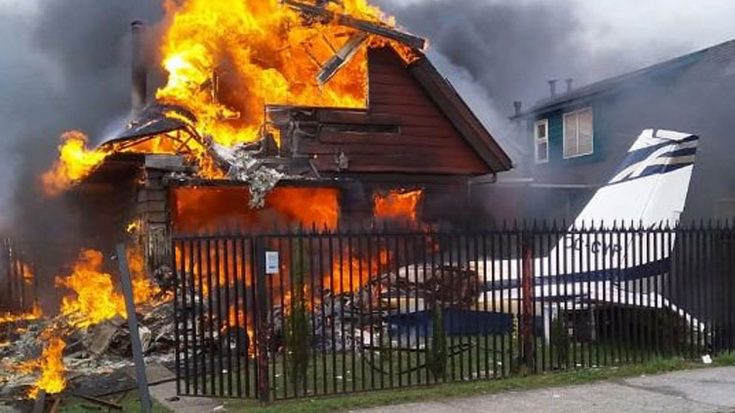 In the morning hours of April 16th, 2019, a small aircraft crashed into a house near Puerto Montt, Chile. Initial reports state the crash took place right after takeoff with some residents stating the aircraft was already on fire before it came down.

You can find a video taken by a resident of the neighborhood below. As you can see, the entire house caught fire. Luckily, no one was home but the 5 passengers and pilot perished in the crash.

There is also footage of the crash which was taken by a CCTV camera from a nearby parking lot. As you can see, there was no chance for the occupants of the aircraft. The plane was in a nosedive as it came down, hitting powerlines and breaking up before hitting the house and erupting in flames.

The local authorities are now investigating the cause of the crash.