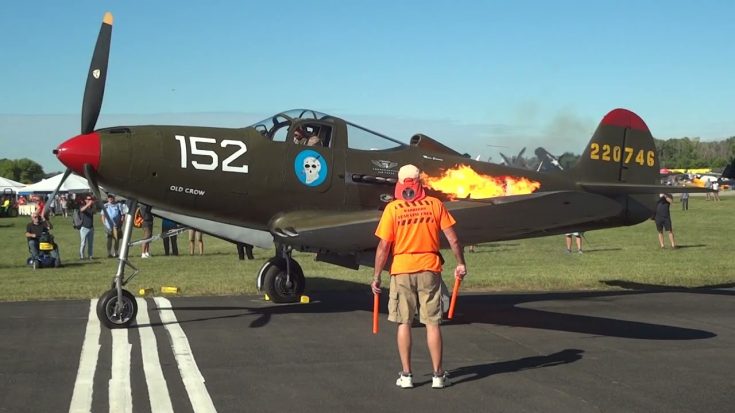 An almost 80-year-old Airacobra suffered an engine backfire during its startup at EAA AirVenture 2022. The airworthy P-39 was about to join two P-51 Mustangs that morning in a formation flight to honor Bud Anderson.

The famous American pilot was in attendance and got to see three newly-painted warbirds to represent the planes he flew during the war. This P-39 features the 363rd Fighter Squadron’s logo with the “Old Crow” markings on the nose.

Before the start of the video, the pilot had already tried to start the engine several times to no avail. Philip Hosking, a photographer near the P-39, noticed the smell of fuel as the pilot accidentally floods the engine. When he finally got it started, flames shot out of the exhaust for several seconds. Luckily, there were no further problems and it later joined the Mustangs to honor Anderson.