P-47D Towed Away After Forced Landing in France 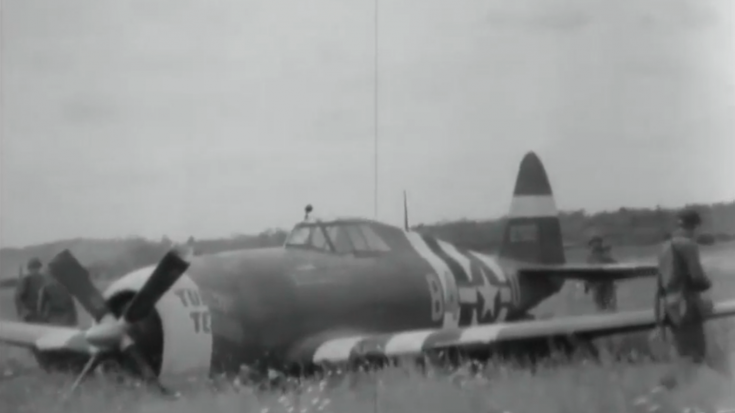 This P-47D Thunderbolt was towed away by Allied forces after a rough landing. “Turnip Termite”, as it’s called, was part of the 387th Fighter Squadron, 365th Fighter Group of the 9th Air Force.

The aircraft was assigned to Joseph R. Miller when it made an emergency landing in a minefield behind Omaha Beach at Saint-Laurent-Sur-Mer, France. Its crash happened the day after D-Day and was attributed to insufficient fuel.

Miller’s Thunderbolt had an olive-drab topside, a light blue nose band, and invasion stripes on the wings and fuselage. According to some, its name might have come from a series of comics that were published in the papers back then.

After the incident, the plane was salvaged for parts and was used to build a new Turnip Termite for Captain Arlo Henry.