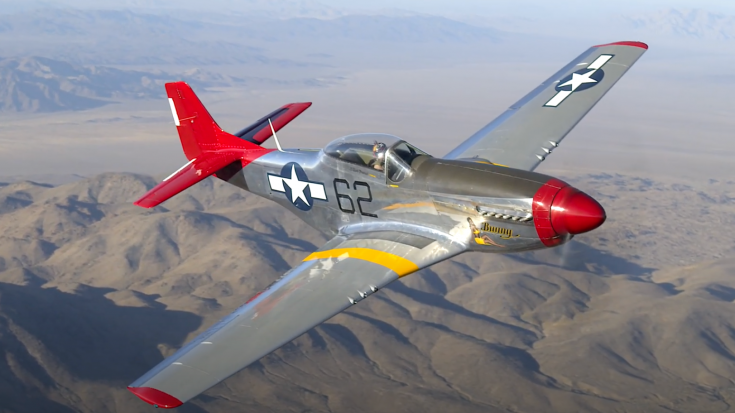 Watch This Warbird In Flight

Currently on display at the Palm Springs Air Museum, it took fourteen months to restore The P-51 Red Tail “Bunny” – sporting the markings of the P-51 flown in World War II by Tuskegee Airman Lt. Col. Bob Friend. She was unveiled on February 28, 2015 with nine Tuskegee Airmen signing the top of her left stabilizer.

This particular fighter plane was built in 1945 and delivered to the Army on June that same year. She initially served with the US Army Air Force before being transferred to the Royal Canadian Air Force in 1951. But in 1956, she was damaged after a belly crash landing. She was then stored for a few years before being sold to private owners.

Check out the video below as this iconic warbird takes to the skies.