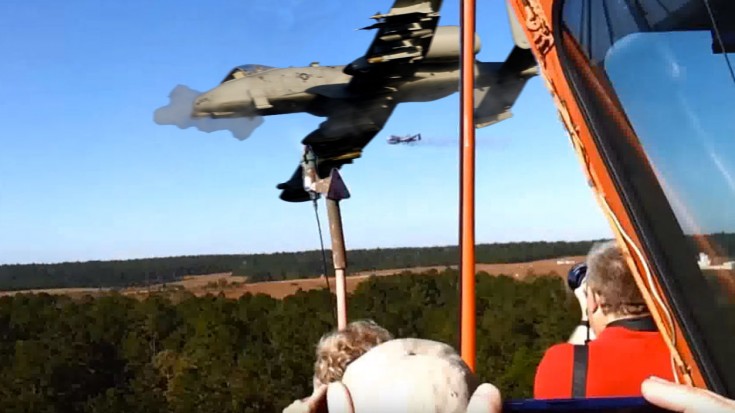 Welcome to Claiborne Range, a wonderful place in Louisiana. This World War II airbase which at one point housed German prisoners is now used by the 917th Wing for training A-10 pilots. As you’ll get to enjoy in this video, some people were lucky enough to go up into the tower as A-10s emptied their guns and shot out flares.

This airbase was established in 1940 where more than 500,000 World War II troops were trained to use small arms, mortars, rockets and grenades.

Not for nothing, but this is probably one of the best ranges you can go to to see these renown planes close up. By our count, they must have been at least three if not more A-10s flying during that exercise and all of them were shooting.

While firing their GAU-8s, the entire blast echoed in the ravine and as you can imagine, the spectators just erupted with that slightly evil laughter. Can’t blame them though. That sound makes anyone smile, unless you’re the enemy of course.