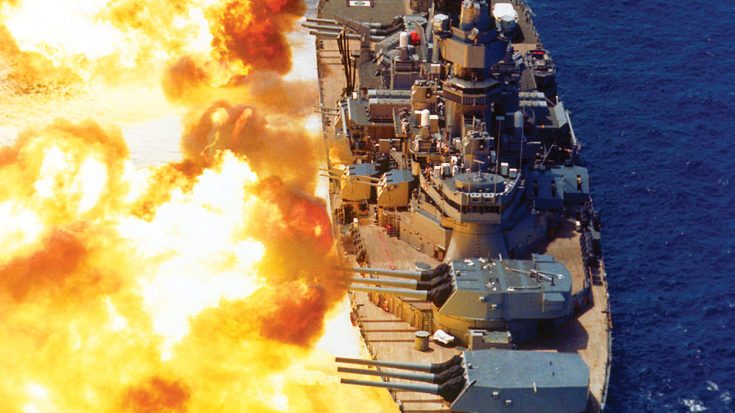 Those Are Some Massive Shells.

You’ve got to admit that watching a battleship firing her guns is pretty impressive. The deafening sound that they have. The water displacement they create when the shells leave the barrels. The overall look and feel of the event. Simply put, it’s breathtaking.

Here we found a pretty rare video that shows off the power of USS Iowa’s main guns. Now, this ship is no joke. When it was laid down in 1940 and first deployed in 1943, she was the lead ship in her class of battleships. Notably, she was actually the only ship in her class to have served in the Atlantic Ocean during World War II.

As for her fire power, let us give you a quick rundown. There are actually two configurations of her guns. Her original ones and the upgraded armament she received in 1984. Since this is a World War II video, we’ll give you that armament.

Over the years she was decommissioned and recommissioned several times, until she was finally laid to rest in 2006 when she was scrubbed of all contaminants and became a museum by the Port of Los Angeles.