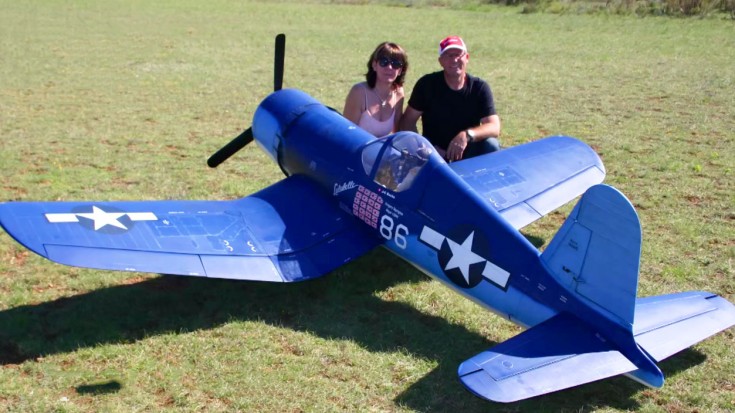 This Corsair Is Often Associated With ‘Pappy’, Although He Never Flew It

Gregory ‘Pappy’ Boyington took publicity pictures next to a Corsair designated 86 “Lulubelle’, but has never flown her in combat.’

Gregory Boyington, nicknamed ‘Pappy,’ was a World War II pilot and Commanding Officer of Marine Fighter Squadron 214, also known as the Black Sheep Squadron. The squadron was known for their antics and Pappy was known for being able to shoot down the enemy almost daily until he himself was shot down and became a POW. The story of his squadron and himself was then lovely characterized in a 1970s show Ba Ba Black Sheep. Because of this show, he has taken publicity photographs with the 86 ‘Lulubelle,’ but has never flown her in battle. During his time in the Pacific Theater, he never flew the same plane more than a few times, as resources were limited and things changed on a day to day basis.