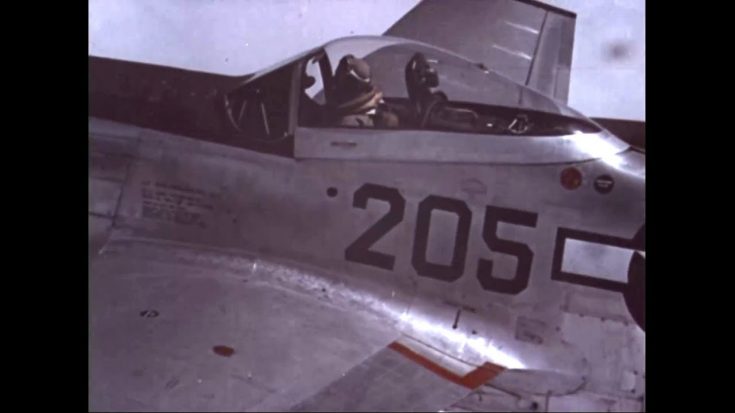 For a 4-minute video, it had everything – from strafing compounds and railroads to gunning down hostile planes, trains, and boats. It’s basically 4 minutes of constant machine gun fire.

However, the pilot at the 1:42 mark definitely deserves recognition. The pilot’s entire gunfire was perfectly lined up with the train as he fired down its entire length. Chalk that up to good aim and excellent flight skills!

This remastered footage of P-51 Mustangs in action was part of the 35-minute documentary The Last Bomb, released in 1945. The film showed the conventional phase of the bombings in Japan later in the war. Two planes were primarily featured in the film: The B-29s to carry out the bombings and the P-51s to escort the bombers.

It was later nominated for an Academy Award for Best Documentary Feature in 1946.