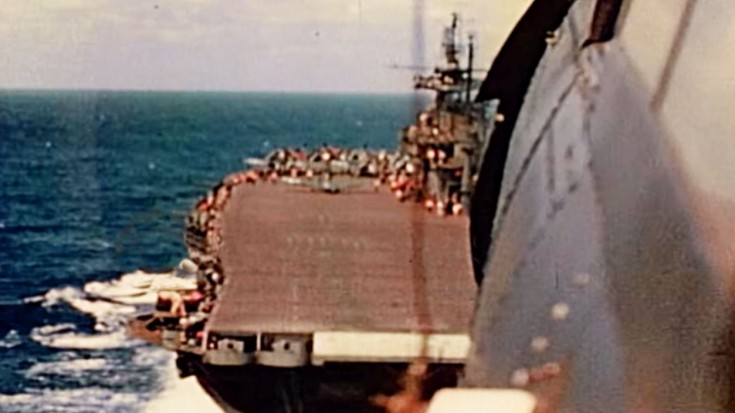 Any Landing You Come Out Of Is A Good One.

Aircraft carrier landings are tough, no matter what era plane you’re flying. During World War II however, Corsairs had an especially difficult time when it came to these types of landings. Designed specifically for the U.S. Navy, they were plagued by clearance and visibility issues and were handed over to the Marine Corps. For the time being, the position was filled by the Grumman F6F Hellcats, which were very capable fighters but also did not have any landing issues.

In 1943, the Royal Navy received about 100 Corsairs and having no other options for their Navy, rigged them to be more carrier friendly.

As you’ll see in the video, Corsairs also had a tendency to ‘float’ when they hit the deck.  The Royal Navy accidentally remedied that when they shortened the Corsairs wings to fit them on their hangar decks, improving their sink rate. Additionally, they are credited with developing a new landing approach that increased the pilots’ visibility. They were trained to approach the carrier at a medium left turn, and coupled with the Corsairs being fitted with bulged canopies and raised seats, they could see better thus reducing the number of accidents.