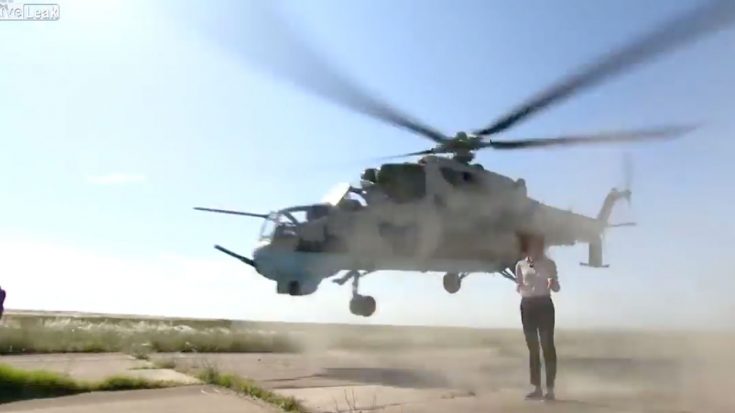 War correspondents have a very difficult and dangerous job, but even reporting on an airbase can turn deadly if one is not careful. Although this story has a happy ending, it could have been a nightmare in a matter of inches.

Elmira Masazadeh, an Azerbaijani reporter, was covering the 100th anniversary of their Armed Forces at an air base and was to stand on the runway as helicopters took off. The effect in mind was definitely watch-worthy, however, the Russian Mi-24 Gunship Helicopter passed way too close for comfort.

The Aviationist, a highly respected reporting outlet of military aviation immediately Tweeted this:

The most surprising fact here was that Elmira didn’t even flinch. The rotor wash was incredibly strong as it tangled her hair, but it was one of the pylons that could have hit her yet she did not even budge.

See the footage below and judge for yourself. Many folks are saying it was not even close, but as we stated above, if you look at the pylon on the wing it was inches away from her.