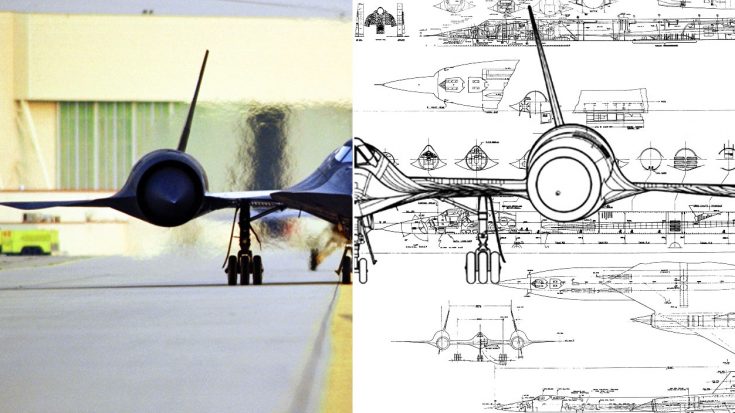 How’s That For Paper And Pencil Design?

The SR-71 Black Bird is truly a wonder of engineering. You can tell that’s the case just by looking at it even if you have no prior knowledge of aviation. The way it looks just screams “radical design.”

Now add to that what it actually did. To this day, it holds the world record for the fastest air-breathing manned aircraft. Clocking in at 2,200 mph (and that’s what we’re allowed to know), this plane could get you from the East to the West coast in 65 minutes and 54 seconds, which is also a record that was never broken.  Also, it could soar up to 85,000 ft, which is right by the Stratosphere.

Now here’s the kicker. This plane was already in the works in the later part of 1950s with its first flight taking place in 1964. That’s only 20 years after World War II when prop planes dominated the sky. Just think about that for a second. Designed in part by Clarence “Kelly” Johnson for Lockheed and its secret division called Skunk Works, this bird was years ahead in innovation. At those heights and speeds, the external temperatures rose above 500° F and somehow the plane and its crew had to stay together. Everything about it had to be carefully considered.

That’s the point of this article. It had to be thought through. In the early 60s no computers existed that could render or even come close to computing how this aircraft should be built. It was all done on drawing boards with pencils, slide rules and protractors (if you remember what any of these are.) That’s one incredible feat if you think about it.

What’s even more incredible is that in the 2000s this design was ran through a sophisticated computer program used to design planes. You’re talking about thousands of rivets, angles of the fuselage and about a million other factors that this computer checks for. The end result? The computer wouldn’t do anything different. The design is as efficient as it could be. It was perfect.