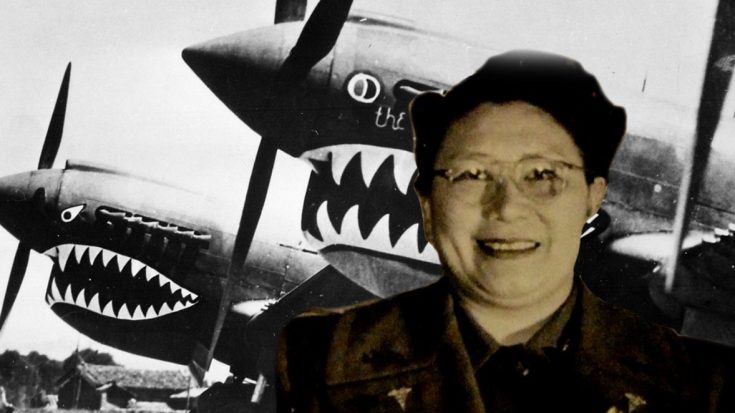 Margaret Chung had a small army of her own.

The ambitious, American-born daughter of Chinese immigrants had found her way to San Francisco with a career as a physician (notably the first Chinese-American woman to do so). Already, she had accomplished the unimaginable. But she wasn’t done. She had yet to “adopt” over 1,000 American servicemen into her care. They would become known as “Mom Chung’s Fair Haired Bastards.”

Opening Her Home To Pilots

It began when an unemployed pilot walked into her business after the invasion of China by Japan and asked her how he might volunteer. She told him that she didn’t have any connections, but that she could at least fix him a meal and listen to his problems. More pilots followed soon after. Her brood would grow to include submariners, admirals, congressman, and even Ronald Reagan.

Mother of the Flying Tigers

But “Mom” Chung didn’t just feed them either. As delicious as her cooking must have been, she truly did make each and every one of her bastards a part of her family. She personally sent them all care packages. Her pilots each received a a jade Buddha to wear around his neck. That way, wherever they were in the world, they could recognize each other as a one of Mom Chung’s.  And, most interestingly, she was heavily responsible for recruiting hundreds of pilots to fly in the famous Flying Tigers before the United States even entered WWII.

Mom Chung became a national celebrity, a shining example of Chinese-American collaboration. Having gained powerful connections, she spearheaded WAVES, the Navy volunteer organization for women. However, by the end of the war, Mom Chung’s situation began to decline on account of her health, a career put on the back-burner, and a growing cultural and political wariness of China.

Margaret “Mom” Chung would die of ovarian cancer on January 5th, 1959 at age 69. She was an accomplished and a beloved woman, influencing history with her intelligence, her drive, and her kindness.