The Challenges Tuskegee Airmen Faced During and After WWII 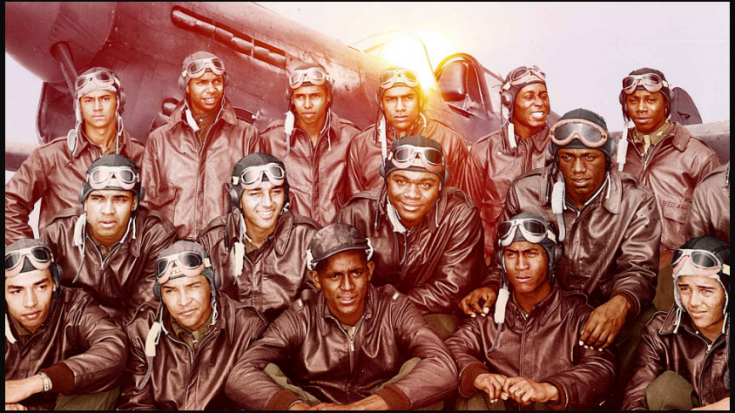 Born during an era of racial discrimination and segregation, a lot of Tuskegee airmen experienced hardships in their lives. This was mainly due to the Jim Crow Law which enforced the segregation of white and black men in schools, restaurants, and other public places.

Segregation In The Military

When the war started, African-American men were predisposed to working in culinary and manufacturing. Back then, it was not unusual for them to be rejected in serving as military men. Usually, they were forced to serve in the form of being cooks and cleaners on military bases.

Before the formation of the Tuskegee airmen, no other African-American men were serving as pilots for the US Army. This, however, did not stop them from working hard to prove themselves worthy of serving their country.

Determined to serve, trainees in Tuskegee were subject to psychological tests to measure their IQ and other traits related to military training. However, the War Department made the qualifications higher in hopes of discrediting the trainees’ capabilities and proving their inferiority.

Instead, these tests further proved that trainees from Tuskegee were indeed smart and very capable.

Colonel Robert Selway instituted the whites-only officers’ club to further divide the white and black population in Freeman Field. This led to racial unrest among the African-Americans who believed they were equal to the white trainees.

Several black men were arrested and even court-martialed while trying to get into the club. This event was known as the Freeman Field Mutiny. In total, 162 arrests were charged against black officers. Three of them were court-martialed and one, Lieutenant Roger Terry, was convicted and discharged.

Due to various military commanders still not believing in their competency, they were relegated to supportive roles during the war. Still, this did not stop them from being impressive pilots while famously using a fleet of P-51s among many others, and escorting B-17 and B-24 bombers in Italy and Germany.

The Tuskegee airmen were credited with 1,578 combat missions, 179 bomber escort missions, and 410 opposing aircraft destroyed or damaged. They did so while amassing fewer casualties compared to other squadrons. They also received three Distinct Unit Citations from their missions in Sicily, Monte Cassino, and Berlin.

Garnering public admiration for their accomplishments during the war was not enough for segregationists to treat them as equals. Coming home, they were greeted with the same animosity.

Major Joseph Gomer, one of the brave and talented Tuskegee airmen, was particularly hurt by the treatment he received after the war. In an interview, he said, “I didn’t come back as just a combat veteran, I came back as a black combat veteran.”

Largely due to their contributions during the war, President Harry Truman signed the executive order in 1948 that banned segregation in the US Armed Forces. It also pursued to establish equal treatment and opportunity for all in the service.

An individual’s skin color, culture, or beliefs does not change the fact that they are a proud citizen of their country willing to serve and defend its honor. These men battled through racial discrimination in their country while also fighting for what they believe is right. If that is not admirable, then what is?