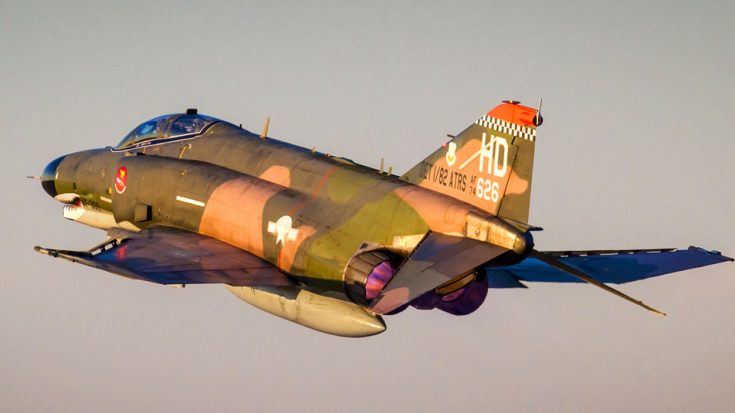 We all knew it was coming but that didn’t make it any easier to watch. Over the past few years, the last remaining F-4 Phantoms have been modified into unmanned drones and shot down as target practice for modern fighters. Now the F-4 comes to the last stop on its grand finale tour at Aviation Nation at Nellis Air Force Base.

Converting F-4 Phantoms into unmanned drones has been the mission of Lt. Colonel Ron King who seeks provide pilots with suitable combat experience. The program has been met with controversy, many denouncing the program for destroying flyable jets.

“[The QF-4 retiring] is bittersweet. It’s been a phenomenal workhorse for our country for years. When the military revitalized the aircraft after retiring them in 1997, it gave them a second lease on life.”

Out with the old and in with the new, Lt. Colonel King insists that using them as targets is better than letting them decay in a desert graveyard. The QF-4 Phantom gives one last show before at Aviation Nation before going out with a bang in this video.