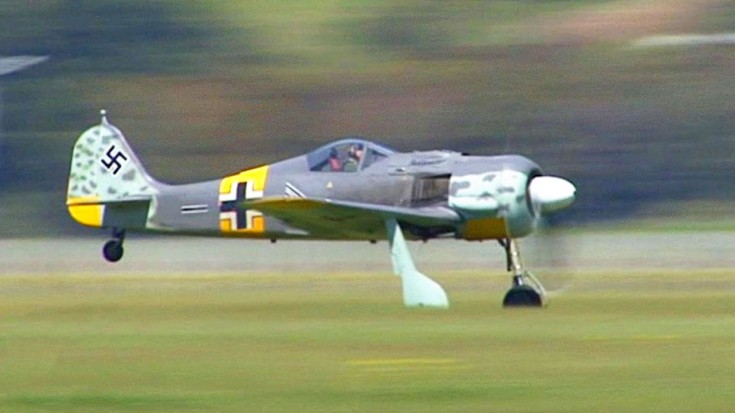 The Focke-Wulf Fw 190 was a German single-seat fighter aircraft introduced into the war in 1941. With over 20,000 of them made, it quickly became a strength in Luftwaffe’s air fleet, next to the legendary Messerschmitt Bf 109. Used as a day fighter, fighter-bomber and a ground-attack aircraft, the Fw 190 could take on larger loads than the Bf 109 because of its powerful BMW 801 radial engine. First used over France, the plane proved superior to the early versions of the Allied Spitfire in all aspects except turning ability which was later rectified in the Spitfire by introducing the improved Spitfire Mk. IX.

Although effective in low to medium altitudes, its performance would decrease in high altitude air combat, though that was improved by equipping them with better, Junker Jumo 213 inline-engines in later models. Fast, agile and deadly, the Focke Wulf did not completely replace the Messerschmitts which were very well regarded by the pilots that flew them.